Cutting East 2016 Open Short Film Submissions
Submissions 2016 are open for youth groups and individuals to submit their short film into the Cutting East Shorts Programme.
Cutting East is a festival by youth for youth, celebrating young people’s talents and achievement in East London.
What we are looking for:
• Films can be Documentaries, Music Video, Drama, Animation, spoken word, dance… any genre.
• Films must be 10 minutes or under.
• The Film maker must be 25 or under to enter.
• The producer, director or writer lives, works or studies in East London.
Selected films will be screened as part of the festival. 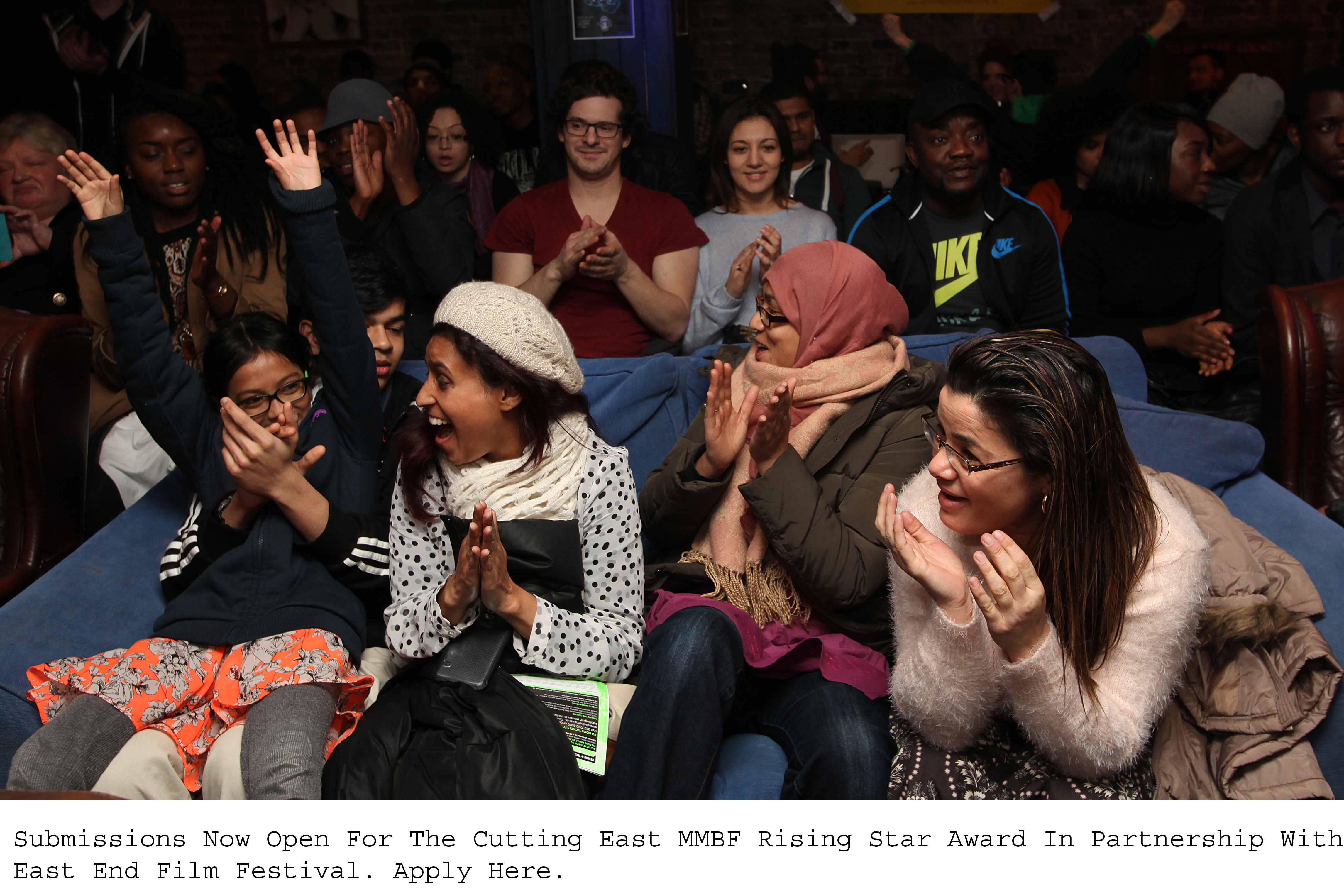 Terms & Conditions
The deadline for entries is 12pm on 15th February 2016
Films of up to 10 minutes in length will be considered.
A maximum of 2 films can be submitted per person.
All decisions on selected films are final.
Regrettably, we cannot return any DVDs submitted.
Films may be entered into a festival competition.
Films in languages other than English are welcome, but must be subtitled in English.
The film maker(s) must secure all copyright clearances where applicable and Cutting East Film Festival will not hold responsibility for any copyright infringement.
East London, for the purposes of the CEFF, is classified as comprising the boroughs of Tower Hamlets, Hackney, Newham, Waltham Forest, and Greenwich.
Submitting your film grants Cutting East Film Festival permission to use 2 minutes or under of footage from any successful film as part of festival promotion, this also includes up to 3 still images that are selected by the film maker.
All films submitted will be watched and selected by the young programming team at Cutting East.

Good Luck and we look forward to seeing your film!