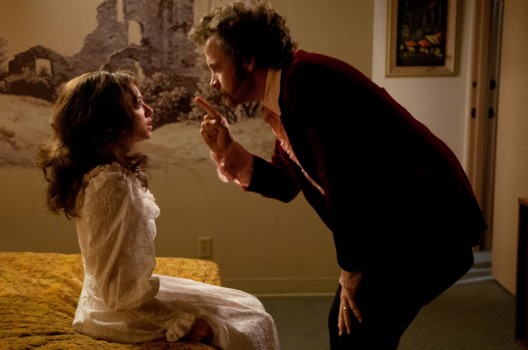 We had a blast at last night’s official launch of the 2013 East End Film Festival. The fest’s twelfth edition boasts a meaty two-week programme heaving with more features than ever. In between ducking a Kalashnikov brandished by a stuffed chimpanzee (no, really – taxidermy is a specialty of the King’s Head Members’ Club on Kingsland Road, where the launch was held), we noted the following highlights…

The opening film is Mark Donne’s doc ‘The UK Gold’, in which a Hackney vicar investigates banking chicanery to a soundtrack by Thom Yorke and Robert Del Naja, while the closer is ‘Lovelace’, a biopic of the 1970s adult actress. The fest’s biggest ever selection of UK films includes Mike Figgis’s new psychosexual thriller ‘Suspension of Disbelief’ and docs about Pussy Riot and post-punker Bruno Wizard.

You can see the full programme at www.eastendfilmfestival.com, and keep an eye on our film events page for more info and reviews.