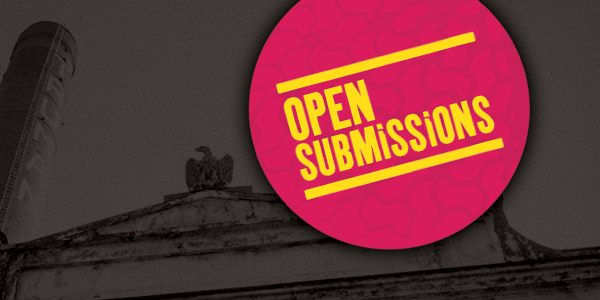 As an individual whose interest lies in breaking into the entertainment and film industry, it has come to my attention that the medium in which young budding filmmakers are able to express the countless hours of hard yet satisfying work spent on bringing their vision and imagination into fruition on the big screen, is none other than film festivals. But what most film festivals seem to lack, and remember this is purely conjecture on my part, is that sense of familiarity.

What do I mean by this? Well, to narrow it down even further, it’s that sense of community you feel, that same sense you would get when spending time with like-minded people at a convention or event. Interacting with those people over the same love of film and media you share creates that everlasting bond that will, without a doubt, help you in the future when you’re looking to connect with other directors, producers and actors who you happened to have met during your time at one of those events.

My point is, the Cutting East Film Festival embodies that wholesome sense of community and familiarity that most festivals are deprived of. To me, the festival is like the glue that keeps people, who share the same love of films, together. Without it, there would be no opportunity to revel in the classics we enjoy with our closest companions. A faction of the festival which helped to flourish this opportunity is the ‘Cutting it Short’ programme of the Cutting East Film Festival, led by Nurull Islam, Miftaul Islam, Shanice Lawson, Jonathon Caicedo-Galindo, and Shakrul Wayas.

‘Cutting it Short’ is the section of the festival where young filmmakers submit their films to be screened and appreciated for a wide audience. Whether it was action, horror/thriller, comedy, the assortment of short films were vast. However, the process of getting to that stage of the festival was not all fun and games – our first days as film festival programmers were equivalent to baby puppies swimming in the deep end. Yes. Puppies.

Our inexperience in programming a film festival proved difficult, as we were introduced a new world and system in which we were forced to grasp it quickly and swiftly, if it meant bringing success to the festival as a whole. That being said, with our senior members guiding us along the way, the Mr Miyagi to our Daniel-san, the Doc Brown to our Marty McFly, the Perry Cox to our John ‘J.D.’ Dorian, we were able to create the ‘Cutting it Short’ programme, which resulted in a successful portion of the festival.

The submissions we received were many, ranging from all types of locations – schools, youth clubs, and independent film makers – one submission even arrived from Moscow. That’s right – we’re worldwide now, believe it. And after we had basked in the glory of our 15 minutes of international fame, it was back to reality i.e. droning over countless hours of film and media, in order to determine which films we would display in the festival or which we would reject. Simon Cowell and the rest of his entourage would be proud, or contemplating suing us for the pseudo-plagiarism of the X Factor judging process. Who knows?

Narrowing down the videos took some effort, but after the successful applicants were notified, it was back to more pressing business and getting our hands dirty – deciding the manner in which we would judge the films on the day of the festival. Since we all prepared ourselves mentally with our best Simon Cowell impersonations we could muster, we thought it only natural we judge the competition ourselves. Sadly, after realising our collective impressions did not even come to close to scratching the same ruthless surface as Simon, we resorted to guest judges and esteemed members of Genesis Cinema. However, since we took so much time trying to decide who it was we wanted to judge the competition and trying to get in contact with them, we failed to realise, and here’s the punchline, we had little to no time left to obtain these individuals, as the festival was a mere few days away. How’s that for a Bruce Lee running side kick to our enthusiasm? It really didn’t matter too much though, as we were more than capable of judging the competition ourselves. The Simon Cowell impressions were back on the menu. We even came up with a great system, full proof and free of any corruption and malfunction – mostly because it was drawn on paper. When it’s all said and done, everything’s much simpler on paper.

Now, if you’re still with me, I commend you for your efforts. Either you’re REALLY interested in what I have to say or you have absolutely nothing else going on in your life at this very moment in time – either way, I’m fine with it – a hollow win, but satisfactory none the less. Because now, this brings us to the actual festival, and I can say without a shred of doubt, that it was the most intense experience we have ever felt. Suggesting that we had to run around with our heads screwed off, trying to find one other like a game of Where’s Wally, whilst dealing with a multitude of tasks handed to us, and at the same time meeting and greeting the people who attended, that would be a huge understatement.

Tough as it was, the whole experience proved to be challenging, but rewarding nonetheless. The ‘Cutting it Short’ event presented a full house, filled with the filmmakers and their ‘fans’ supporting them throughout the evening. I can only imagine the sense of accomplishment they felt as they witnessed their achievements played out for them on the big screen. Almost as if someone took their hopes and dreams and charged them to see it. And what’s a competition without a few goodies? Courtesy of our sponsor, Northern Trust, for graciously offering to save the waistlines of our wallets from financial malnutrition, we would not have been able to provide the winners of the ‘Cutting It Short’ programme with the prizes they deserved.

The winners of the festival, coming in at:

Even though not everyone was able to win a prize, the fact that these first time filmmakers were able to view their films on the big screen surely acts as a prize itself.

As the programme came to a close, as what can only be described as a tidal wave of relief escaped our bodies, along with the rest of the audience. I can honestly say that I have never experienced such panic and chaos before in my life, regarding the initial set up of a film festival programme. But if I had the chance, would I do it again? Absolutely. There’s no better way to spend a better portion of your life than to make, create and initiate your own film festival. And as we count down the clocks to the next film festival, arriving 20th-22nd March 2015, be sure to book your calendar, buy your tickets, and why not? Make a film and submit it to the Cutting East Film Festival. Submissions are pouring in, so why not be a part of the buzz? And on that note, let’s get cracking. Light, camera and action.