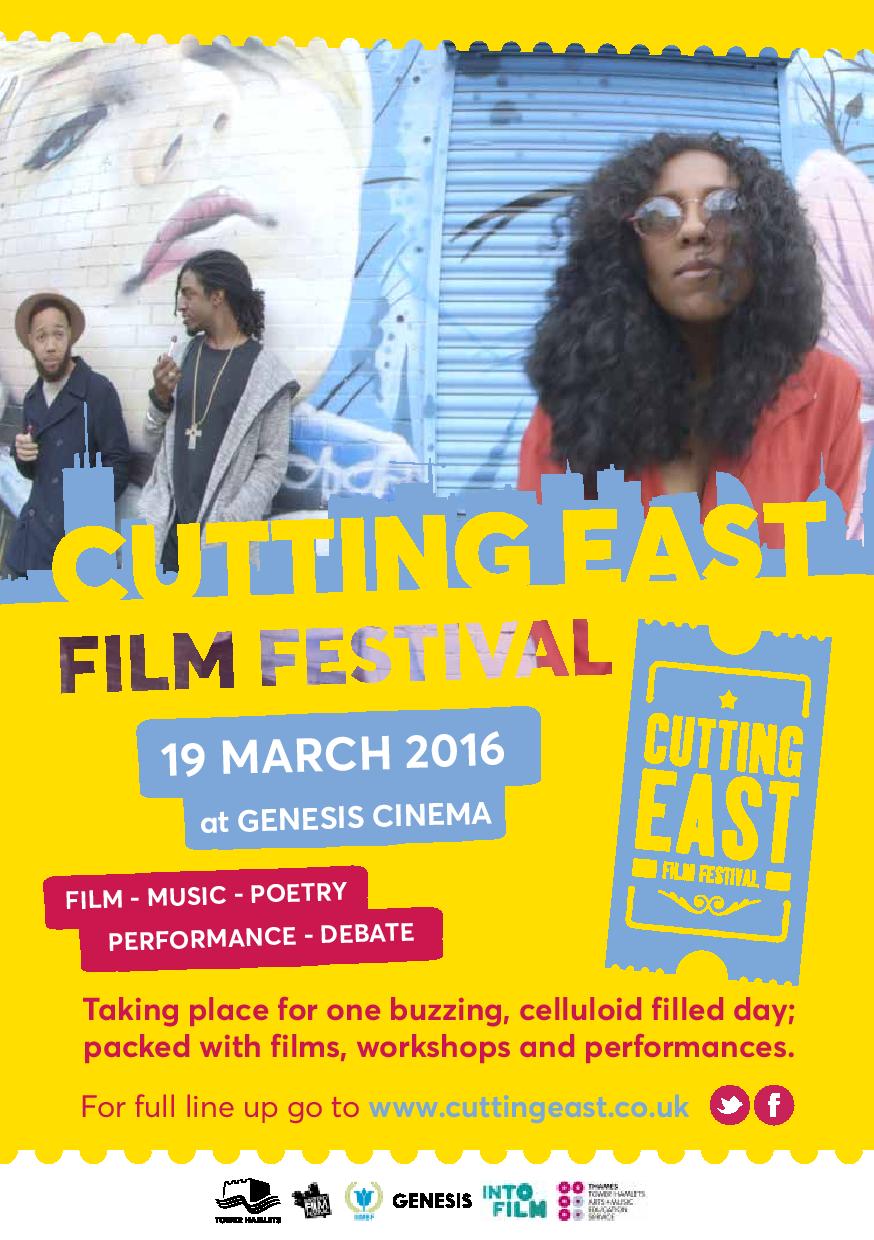 The 4th Cutting East Film Festival is exploring the theme; hidden identity, and is working with East End Film Festival, The Matthew Martino Benevolent Fund, Into Film and THAMES to showcase local talent and equip young people with skills to work in the creative industries.

The hidden character in every film is the soundtrack. Join music specialists from Into Film for a film sound tracking and Foley workshop. Find out about music in film, pick up a new musical instrument, form a studio band and compose and perform an original musical soundtrack to short film clips. To reserve a place email cutting-east@eastendfilmfestival.com or DM @cuttingeast

Last year’s festival highlight is back celebrating new filmmaking talent in East London. All films selected are eligible for The Matthew Martino Benevolent Fund Rising Star Award in partnership with the East End Film Festival  judged by the Cutting East Youth Jury. The winner will receive a cash prize of £150. Short listed films are on our website.

This annual spoken word showcase features rappers who from the council’s youth platform ‘A’ Team Arts and a sneak preview of ‘Rapture’ before its Edinburgh premiere and includes a performance of the live soundtracks created during the Cutting Sounds workshops.

Comedy! A young Muslim man, Cassim, works in his father’s shop but wants to be a stand-up comedian. When he gets a gig at a local bar, he has to find a way of keeping it a secret from his family.

All screens at the Genesis are accessible except screen 1 and Bar Paragon. If you have any access requirements please phone ahead. All auditoria have looped hearing.