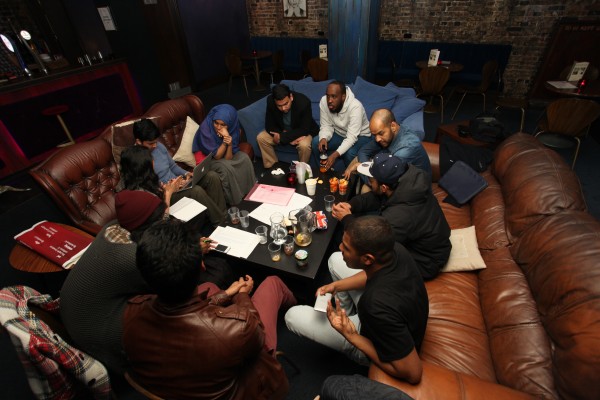 Hi my names Ayseha i  heard about Cutting East Film Festival from a friend who first took part in organising festival last year. What really stood out to me about Cutting East, was the fact there is nothing quite like it in East London. The amount of preparation and thought that goes into organising the festival is impressive. The theme of the event changes every year, but, it still manages to cater for an array of people in the community as it puts forward a strong sense of diverse culture fused with a bright spark of modernism. I made the decision to join Cutting East this year purely because I love media. I hope to experience what truly goes on backstage at a media event. Usually all most people see at a film festival is the polished finished product. We don’t get to the gritty details that went into finalising a running order or the décor. We are not aware of the panic and mishaps that have occurred backstage with the organisers, nor do we realise just how many hours were put into perfecting an entertainment piece or even a written piece of work for the event. By contributing to the organisation of the Cutting East Film festival, I know I will achieve a sense of self-fulfilment as well as a deeper appreciation for film and media.