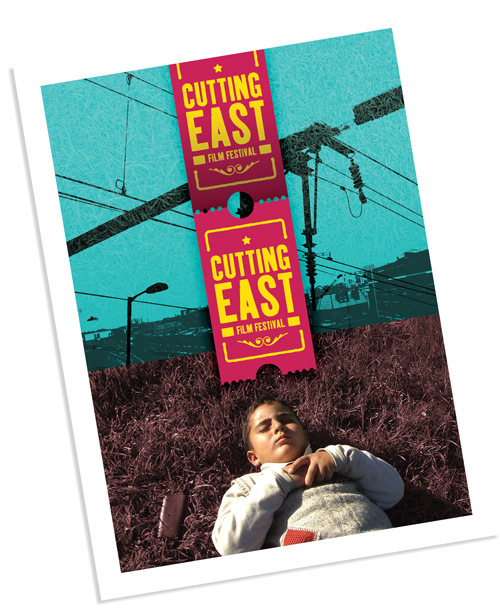 Cutting East Film Festival celebrates, promotes and explores young people’s achievements in film. Cutting East is a multi-arts festival combining music, film, poetry, performance and art to discuss and explore themes as devised by the Cutting East Programming Team that is hoped will empower young people by giving them a platform to showcase their work, thoughts and ideas.

The Cutting East programming team is made up of strong minded, talented, young people, aged between 16-21 who come from all over the East End of London. The programming team bring different skills and talents such as filmmaking, creative writing, performing arts and music, and all share a passion for film and to voice the views of youth.

Now in its 4th year, previous editions of the Festival have showcased UK and World Premiers including MISS MATCH and ITS A LOT, specially commissioned performances from IMD & GIRL WALK//ALL DAY and commissioned portraiture in a Back to Bollywood Retrospective exhibition. Cutting East signature events include CUTTING IT SHORT, a programme of submitted short films all made by young people in East London, CUTTING BEATS, a music showcase curated by Cutting East Programmers and a Spoken Word performance event.

The 4th Edition of Cutting East will take place at the Genesis Cinema on Saturday 19th March 2016.

THERE ARE LOTS OF WAYS TO GET INVOLVED IN THE FESTIVAL.  FIND OUT HOW HERE