Cutting East is an exciting, energetic, and colourful event where young people’s achievements in film are celebrated. The experience at Cutting East is electrified by the fusion of music, film, poetry and performance, all of which have been curated by the Cutting East programming team with the sole purpose of providing a solid platform for young people to showcase their talents and opinions.

All tickets for Cutting East are priced at £3.50 except festival finale ticket: Beyond Clueless which are priced at £6.00. To book tickets via Genesis Cinema website click here

Cutting East’s Opening Night is an appreciation of the work the programmers have created independently and in collaboration over the last twelve months.

The screening of the films will begin at 7:00pm; however prior to the screening, from 6:00pm, Bobzilla from Tubbyphunk Studio will be designing customised Cutting East t-shirts, as well as helping you to design your own. 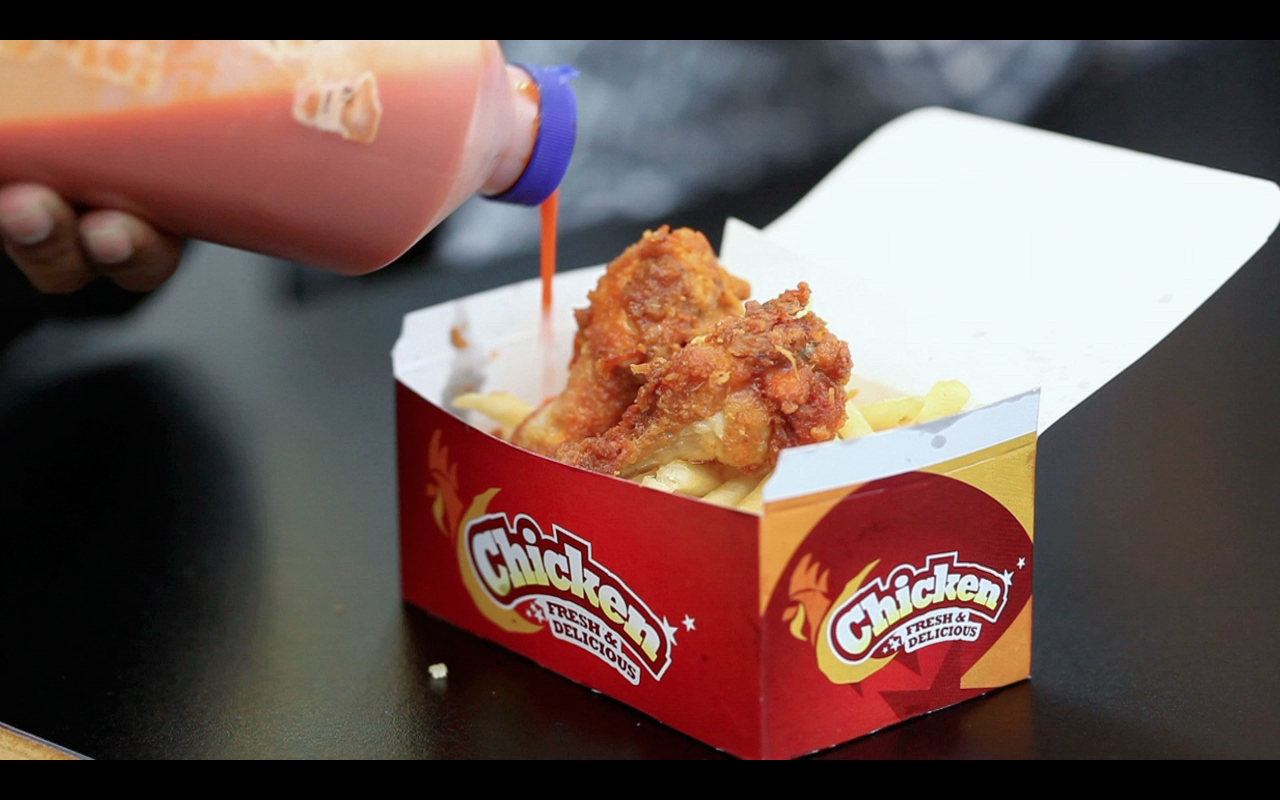 A short-film articulating the struggle of an ex-offender growing up in east London, and the challenges that led to the inspirational change.

This short film takes an exploratory look at the phenomenon of PFC (Perfect Fried Chicken) and brings to light the ‘big deal’ that surrounds the popularity.

This story captured on Super 16mm film follows a boy, Nick, who has a secret that he is very keen to share with his best friend, Hayden. However, Hayden refuses to believe Nick’s constant lies. He’s tired of hearing it, but is there more to Nick’s lies than first thought?

When 5 students from unique individual social backgrounds are called back to college on a Saturday morning, to take part in a school project, they begin to discover each other’s social background until one of them gets brutally murdered. Scared and distraught, they begin to suspect one another; trying to find a motive for the kill – unbeknown to them, that while they do so, the killer is just getting started.

Looking at the efforts of the “Long Live SouthBank” campaign, dedicated to saving the skate park in London; and the views of the people who use the space, both express why places like the Undercroft should be protected. As the space has been open since the 70’s there is also great historical importance to the users and London as a whole.

A journey of coming of age, which reflects on the past and unveils new prospects of the future.

Produced in Summer 2014, Mind Palace is a music video by Vague Productions.
The video was produced in Tower Hamlets and was created to assist local youth talent.

Nominated for Best Documentary and Best Soundtrack at EEFF (2014), Mass E Bhat tells the story of a young man’s journey growing up and achieving his goals in modern Bangladesh. Now a social worker, 20-year-old Nasir reflects on his life, from his early years working on rubbish dumps to achieving his dream of an education and respect within his community.

A discussion with the Rainbow Collective and Tower Hamlets Food Bank will follow.

With the upcoming election and many young people being eligible to vote, ‘Democracy vs. Revolution’ engages the audience in a debate to bring out the reasons behind why people choose to vote (or don’t!)

Discussion will be led by Mile End Community Project.

BOOK TICKETS FOR DEMOCRACY VS REVOLUTION

Sepideh – Reaching for the Stars | 6pm 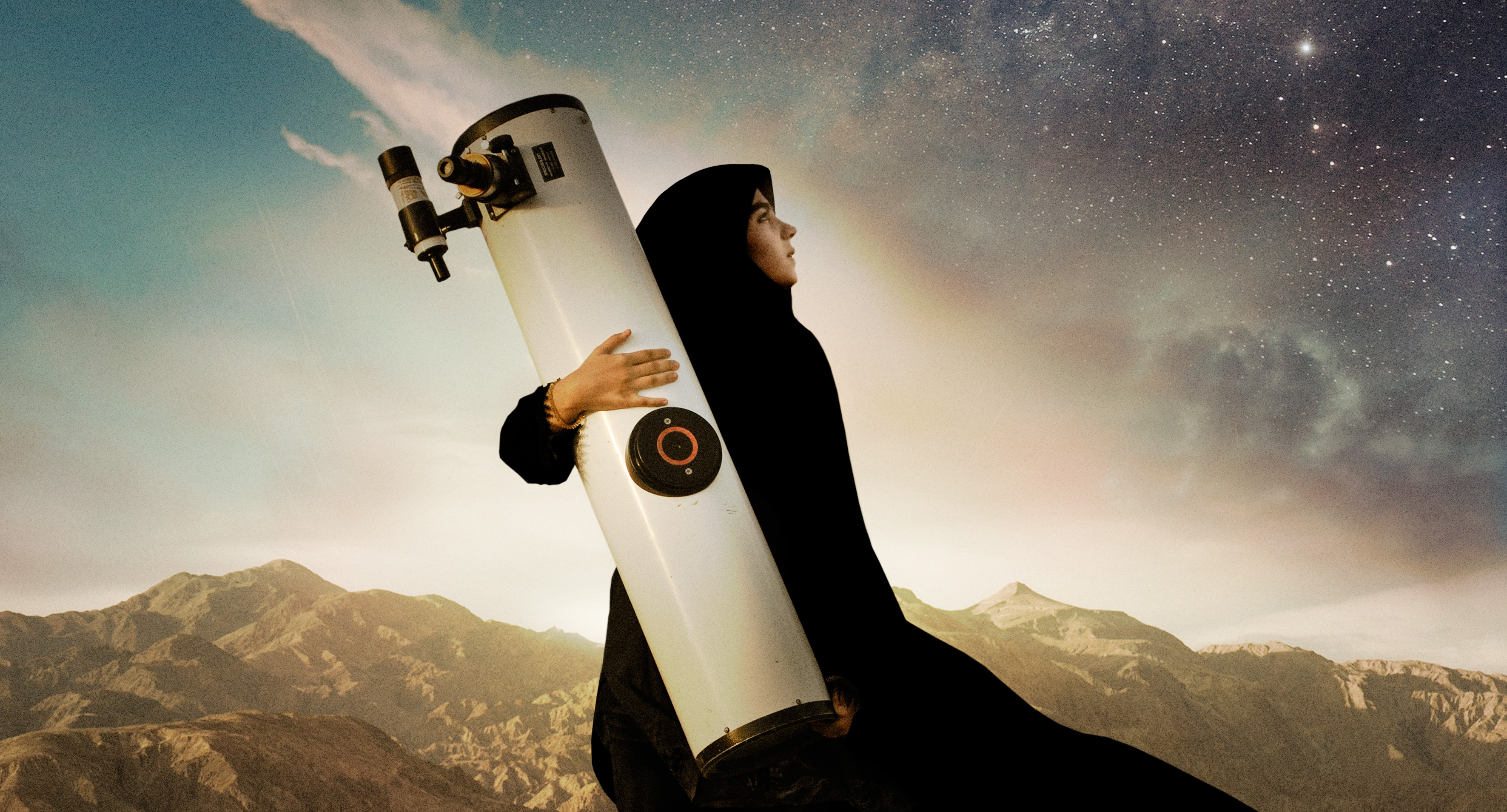 A documentary from Denmark: an uplifting and inspiring story of Sepideh, a 14 year old Iranian girl who wants to be an astronaut. She writes letters to Einstein, and her science teacher encourages her to take her hobby more seriously. However, Sepideh’s widowed mother is trying to make ends meet, and her uncle believes it is not the right occupation for a girl. Tenderly observed and beautifully shot with epic night sky scenes, this is a coming of age story of overcoming barriers and achieving ambitions.

In Farsi with English Subtitles.

Join Cutting East in celebrating World Poetry Day when we hold our very own open mic session – Cutting Beats - at our annual festival.

Hosted by performance poet and Genesis’ resident Slam Poetry guru, Sara Hirsch, Cutting Beats offers a friendly platform for new spoken word artists to increase their stock and showcase their talents. Interspersed with performance from regular slammer, Angry Sam & Chris Beschi and lyrical films from Mellow 9, performers will be asked to recite poetry and perform a piece on the theme, A Voice for the Voiceless.
As is the etiquette of a spoken word event, Cutting Beats will be open to anyone, so you will be able to sign up on the door. If you don’t feel like competing just sit back in the comfy sofas and enjoy the entertainment. 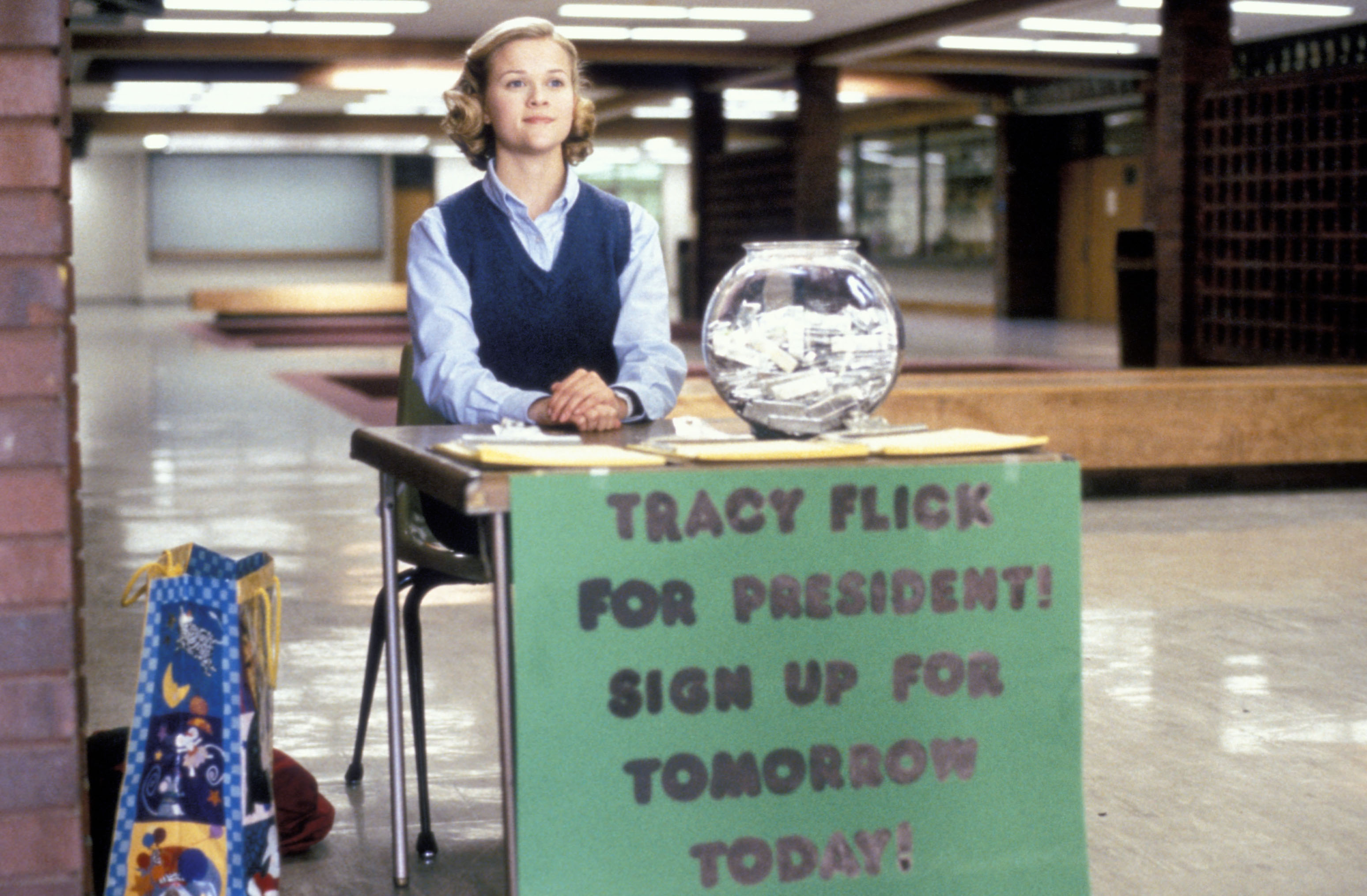 This year’s retro screening is an American classic. The plot revolves around a high school election and satirizes both suburban high school life and politics. The film stars Matthew Broderick as Jim McAllister, a popular high school history, civics, and current events teacher in suburban Omaha, Nebraska, and Reese Witherspoon as Tracy Flick, around the time of the school’s student body election. When Tracy qualifies to run for class president, McAllister believes she does not deserve the title, and tries his best to stop her from winning.

Samuel Dore is an award­ winning director and executive producer of Zoom, the UK’s first short film scheme set up by the BSLBT (British Sign Language Broadcasting Trust) to commission films made by deaf filmmakers. Here we showcase two of Samuel’s films, the award-winning Chasing Cotton Clouds and the hotly anticipated Supersonic, both made outside of the Zoom scheme and shown on the BSL Zone and Film4.

The films will be in British Sign Language (BSL) with English subtitles and the Q&A with Samuel Dore will have a Sign Language Interpreter present.

Isaac has been going off the rails since his father left years ago, taking after the local mechanic he looks up to as the father-figure he is missing but then his real, estranged father returns with a startling secret. Supersonic features up-and-coming talented deaf actor Jamal Ajala in one of his very first roles. 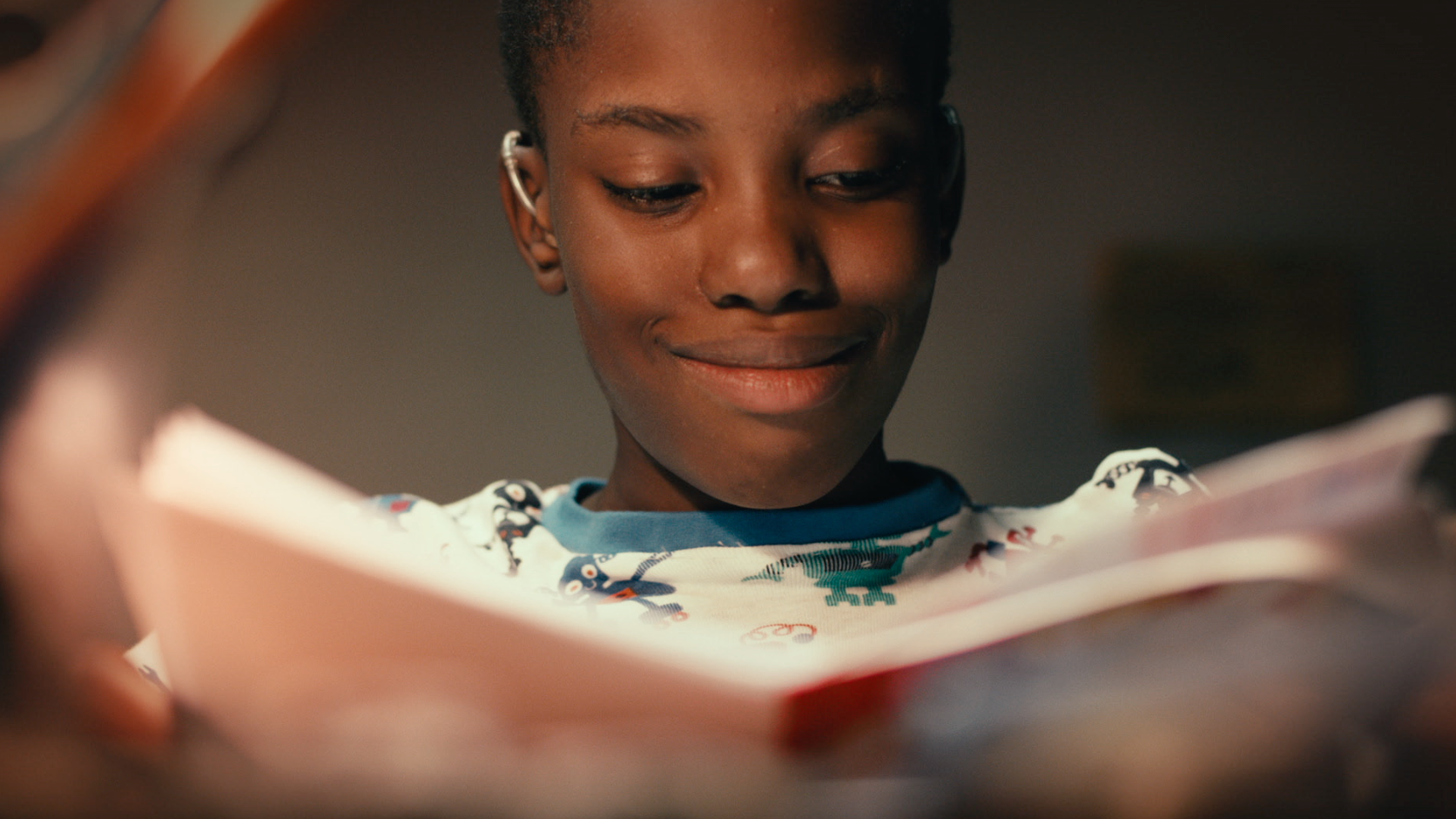 Award-winning drama about a deaf boy grieving for his father, who creates a fantasy world to cope with the alienation he feels. Featuring stunning animation that contrasts with a gritty inner-city setting, this film won the award for best film at Deaffest 2011. Chasing Cotton Clouds stars deaf actors, William Grint in his debut role and Charley Arrowsmith. 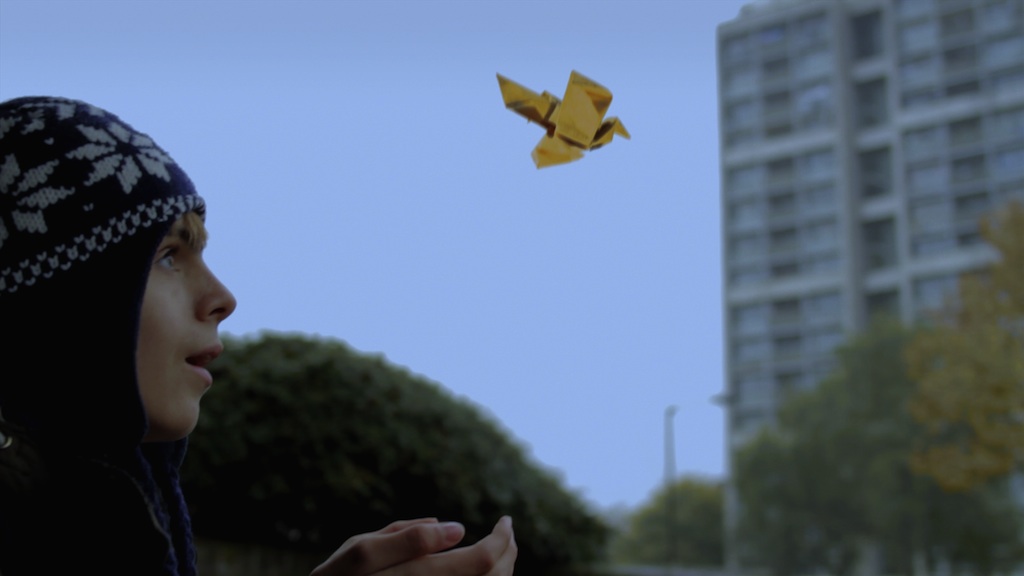 Last year’s festival highlight is back for another year celebrating new filmmaking talent in East London. All films selected are eligible for the Cutting East MMBF Rising Star Award in partnership with the East End Film Festival.

The Award will be judged by a panel of film industry guests; Alison Poltock, Director of EEFF; Cairo Cannon, Producer of The Falling and Dreams of a Life and Executive Producer for Film London and the Tower Hamlets, Hackney and Newham Film Fund; Ally Clow, Manager of Genesis Cinema and AK Rahman, Cutting East Programmer.

The awards screening will be followed by an opportunity to network with other filmmakers, hosted by Shooting People & featuring a Q&A with Cairo Cannon who’s new film The Falling will be in cinemas on April 24th 2015 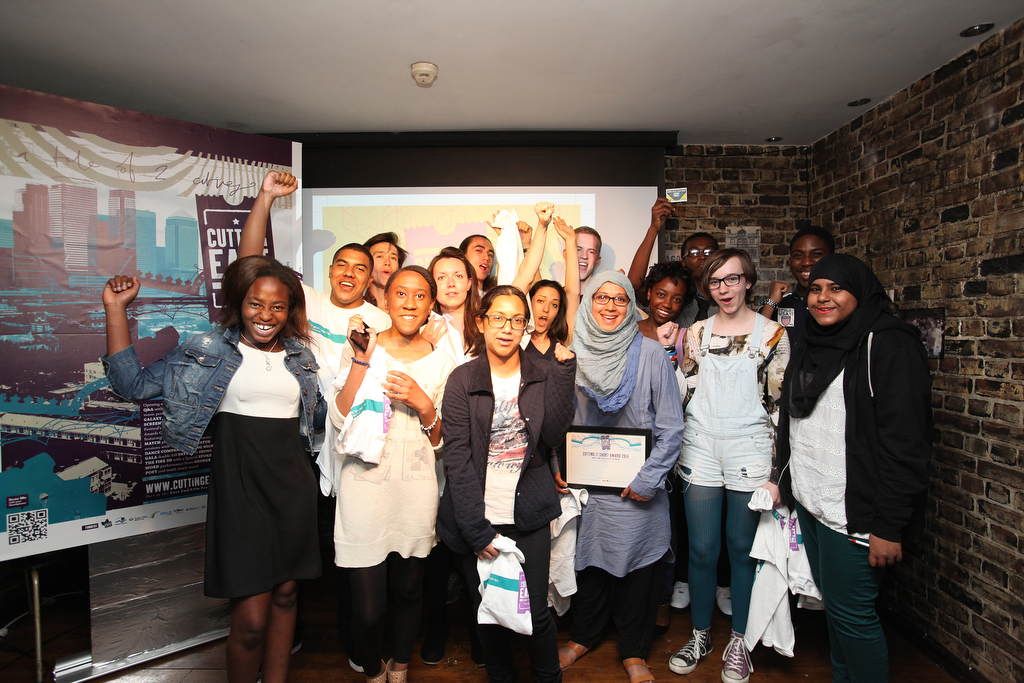 BOOK TICKETS TO THE CUTTING IT SHORT AWARD GALA HERE

ATTENDENCE TO NEWTORKING ONLY: FREE

Join Shooting People at Cutting East for an afternoon of networking including the Cutting East MMBF Rising Star in Partnership with East End Film Festival Award ceremony and Producer Cairo Cannon in discussion with Anna Bogutskava, Head of Business and Marketing at Shooting people discussing her career in film to date on the eve of the release of her feature film The Falling in cinemas April 24th 2015

Since 1998, Shooting people have been connecting independent filmmakers across the UK. With around 200 films crewed and cast by them every week – they remain the no.1 resource for filmmakers.

Cairo Cannon runs Cannon and Morley Productions (CAMP) with  writer/ director Carol Morley. CAMP makes award winning shorts, documentaries and feature films that have shown in cinemas, festivals and on TV world wide. Cairo produced The Alcohol Years, winner Melbourne International Film Festival, the highly acclaimed Dreams of a Life with James Mitchell which premiered at the BFI London Film Festival and SXSW in the USA. Edge with Genesis Entertainment  which also premiered at the BFI London Film Festival and was an official selection for the Shanghai International Film Festival. Her latest feature The Falling produced with Luc Roeg  and starring Maisie Williams (Game  of Thrones) will be released  in cinemas by Metrodome on April 24th. Cairo has been a long time supporter of grassroots filmmaking, executive producing the Tower Hamlets,  Hackney and Newham Film Fund (New Pathways) and Pulse and Pulse Plus for Film London. 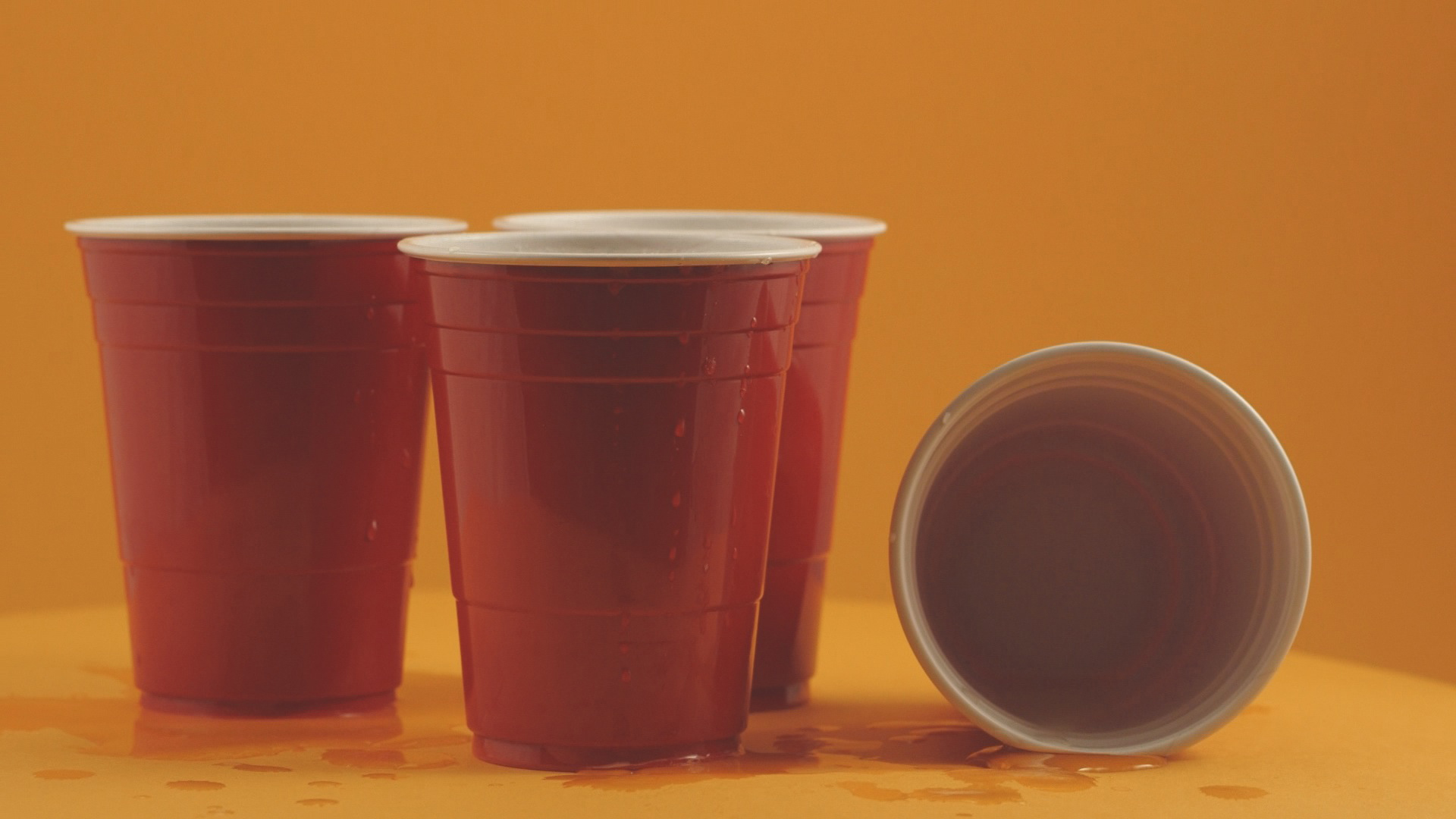 Narrated by cult teen star Fairuza Balk, Beyond Clueless is a dizzying journey into the mind, body and soul of the teen movie, as seen through the eyes of over 200 modern coming-of age classics. Part adolescent fever dream, part roving visual essay, the film puts Hollywood’s high school under the microscope, on a quest to lay bare the genre’s beating heart.  All will be revealed as Beyond Clueless leads viewers through Hollywood’s treacherous teen years and out the other side.

[NOTE] Followed by a Q&A with Charlie Lyne.

BOOK TICKETS FOR BEYOND CLUELESS HERE

Following the festival screening of Beyond Clueless, director Charlie Lyne joins host and film quiz queen Rachael Castell to test your teen movie knowledge and award you many fabulous prizes!

Watch our panels as they Mock the Festival – QI style, then join in for some all player-rounds!  There is no need to feel like a film buff, but teams are encouraged to come along feeling Footloose, like Ferris Bueller or ready to have Fast Times at Genesis High – and be in with the chance to win cinema tickets, DVDs and more!

Come in a team of up to 6, or come alone and find your fellow Plastics. 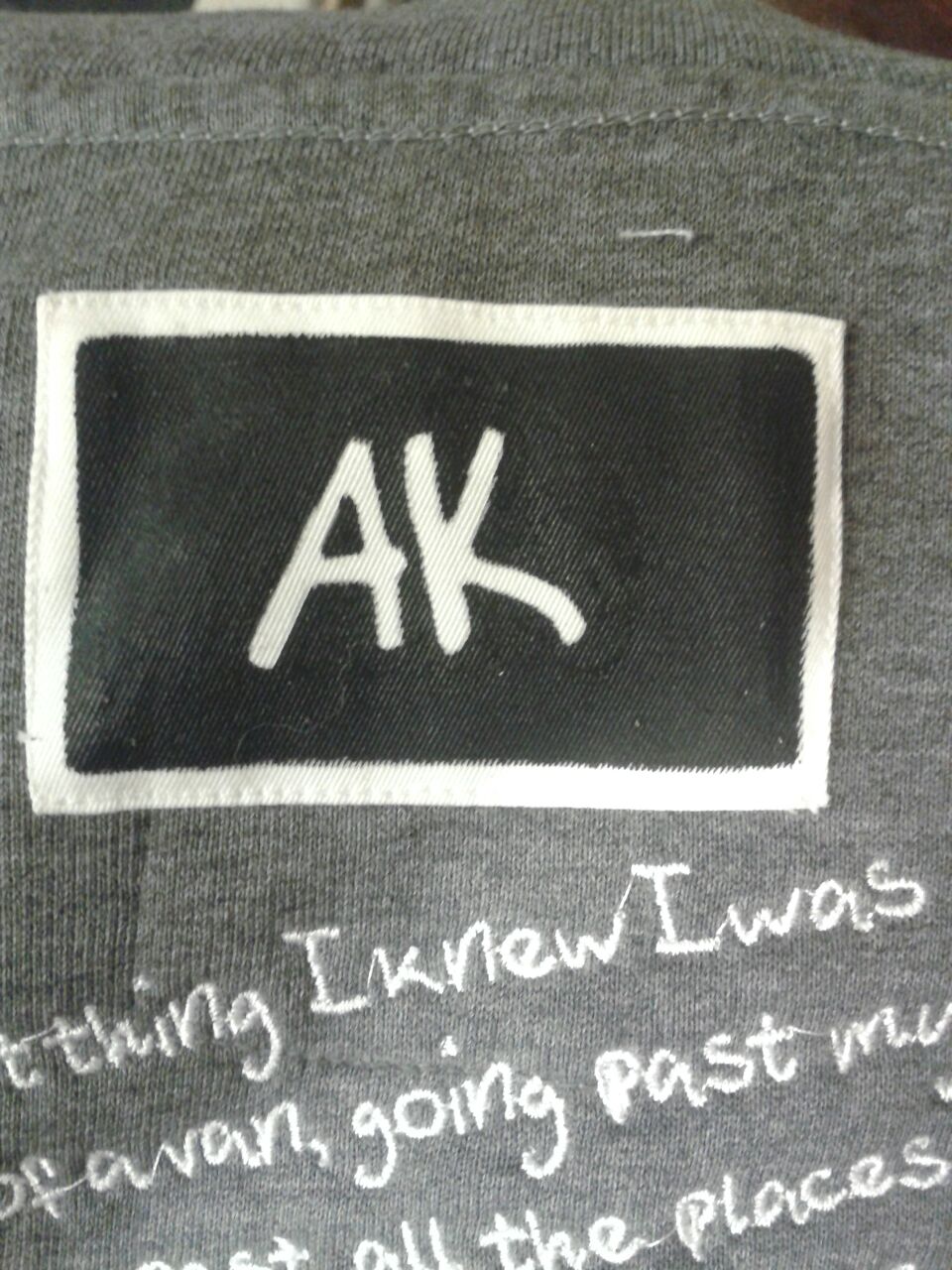 A series inspired by the artists’ own experiences of being reduced to the sum of their outward appearances; this work takes street wear, synonymous with London youth, and re-forms it as autobiography, encouraging the viewer to engage with the individual inside the clothes. Using traditional embroidery techniques usually associated with femininity and domesticity, Habibi has sewn Rahman’s frank and often visceral accounts of his experiences growing up in Bangladesh and London onto his own clothes. Accompanied by a soundscape of AK Rahman’s words, they are poignant, emotionally charged and yet hopeful for the future.

This Exhibition is accompanied by work from Hannah Habibi’s recent collections.

Throughout the festival you can drop in a join alternative press in zine making to continue the festival discussions beyond the film screen. Draw, write, type – make your mark as you become designer, producer, and publisher, and get involved in the Cutting East Film Festival zine.